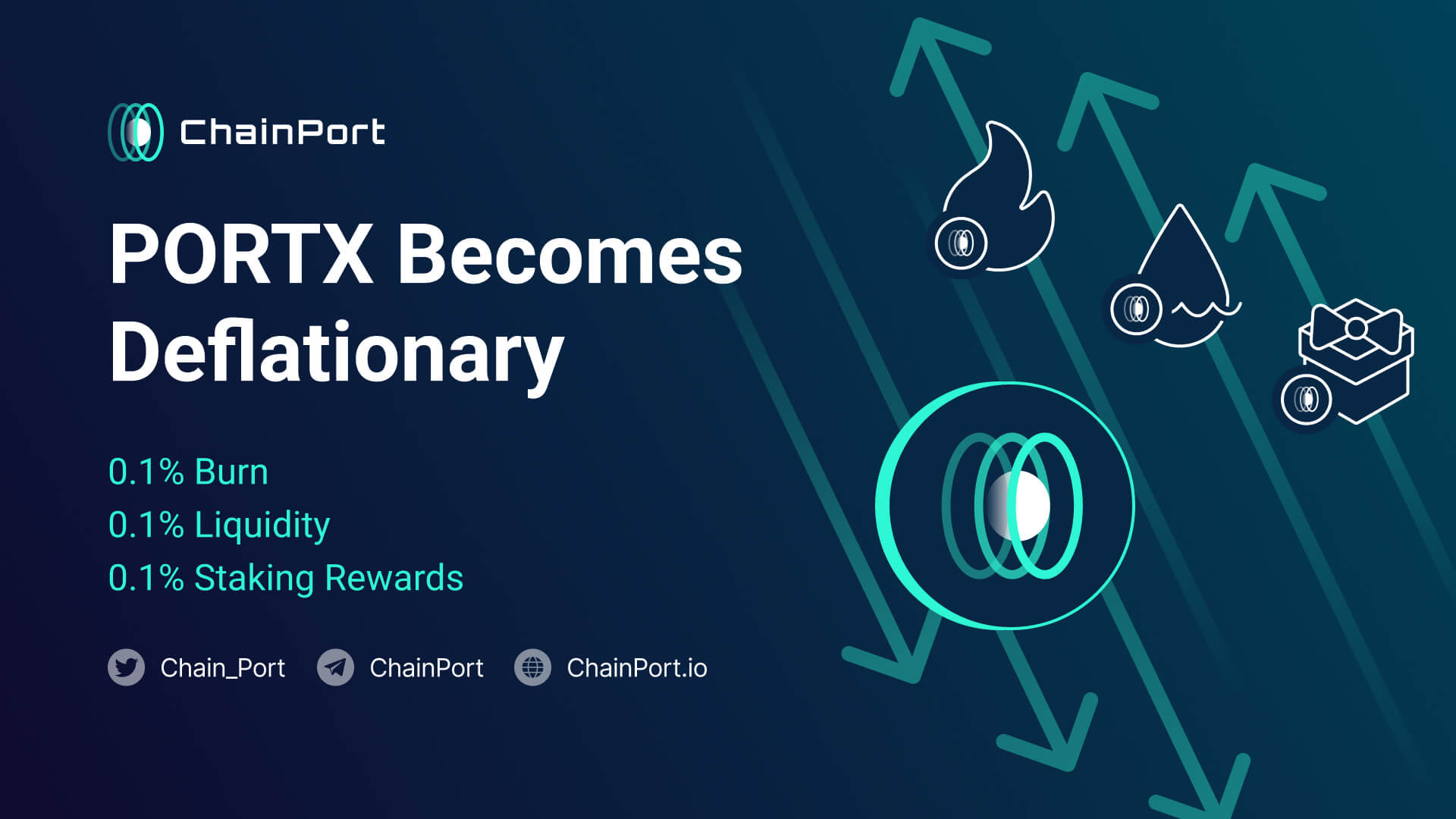 ChainPort is proud to announce an addition to the tokenomics of the PORTX token. The team will integrate this functionality into the PORTX token’s smart contract.

PORTX token will now include a deflation model, increasing token scarcity. The deflation model will have a taxable mechanism consisting of a fee on most transactions. This fee will be 0.3% of a PORTX transaction's total value and deducted in PORTX tokens. For example, a simple transaction of 1000 PORTX will send 997 PORTX to the recipient's wallet. The remaining 3 PORTX will be deducted as a fee.

Fees will be broken down and used as follows:

0.1% will be burned, reducing the total PORTX supply

0.1% will be used for continuous liquidity ‍

‍0.1% will be used for PORTX staking rewards

The PORTX burn mechanism will make PORTX a deflationary token. With every transaction burning 0.1% of the total supply of PORTX, there will be a much lower circulating supply in the long run. The inspiration for this mechanism came from Ethereum and other popular tokens.

There are now even more advantages to staking PORTX and using it for porting.

A few types of transactions will be exempt from this fee. Porting tokens, staking, and paying discounted porting fees with PORTX will not include these fees. Addresses that are exempted from paying fees will be whitelisted. Transactions to/from whitelisted addresses will be excluded from the fee mechanism

This fee mechanism will be integrated into the PORTX token’s smart contract. As such, this mechanism does not require specific action from holders.

Adding a fee mechanism makes PORTX’s tokenomics more robust than ever. PORTX is now up-to-date with some of the most cutting edge tokenomic architectures in the industry. With these changes to the PORTX token, ChainPort will continue progressing and become the bridge of choice for most in the blockchain industry.

ChainPort is a permissionless bridge that is already porting more than 191 tokens between blockchains, with additional projects joining daily. Porting is done in just minutes through a friendly and straightforward UI without the need for any technical integration.