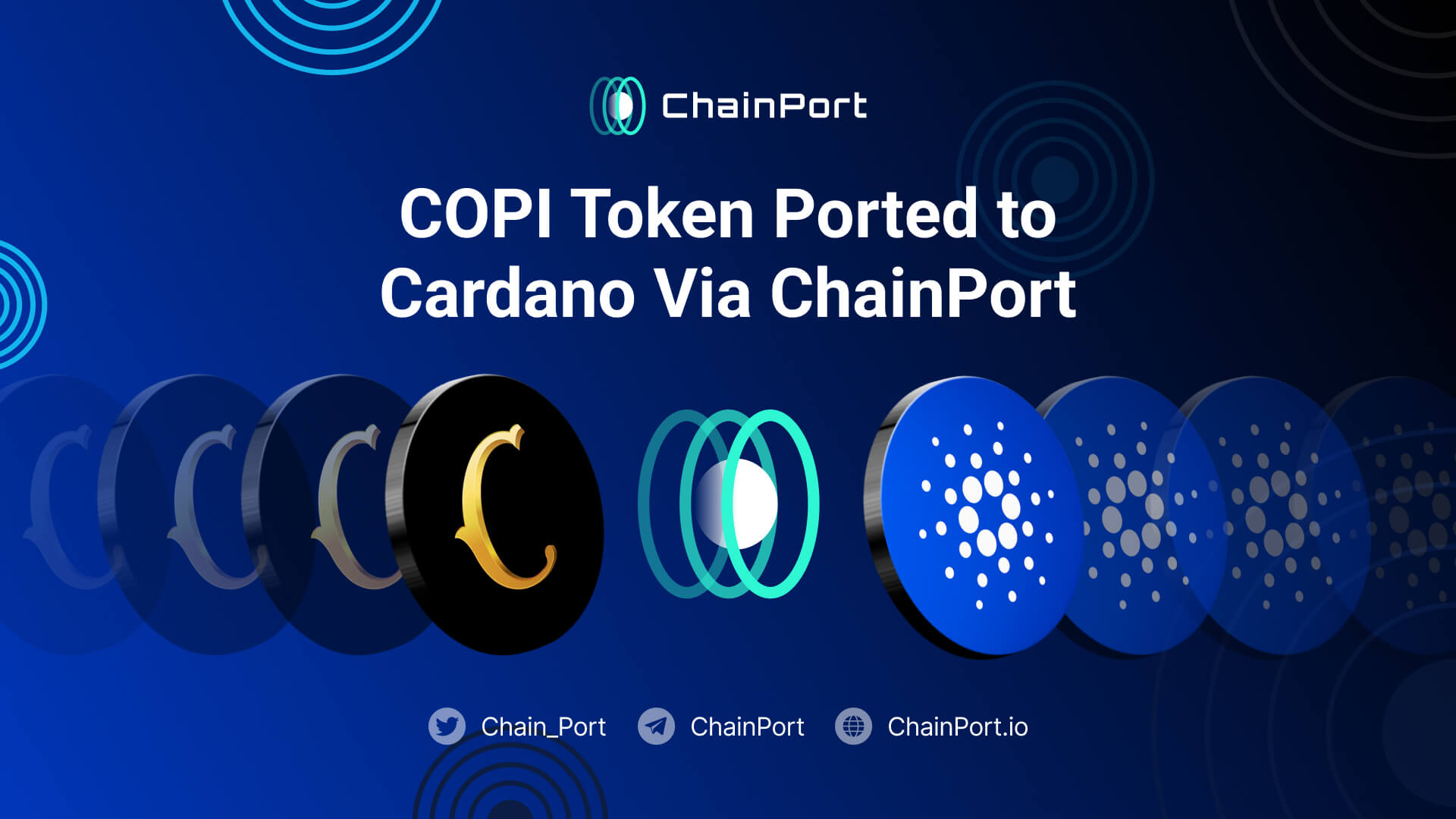 We’re glad to announce that ChainPort bridge fully supports porting Cornucopias (COPI) tokens to Cardano! Cornucopias is the first bridged token from Ethereum Chain to Cardano as part of ChainPort’s Cardano integration. Today, COPI holders can port their tokens to and from Cardano’s chain.

COPI was minted on Cardano a few months ago by the ChainPort team and can now be seamlessly ported between the chains. Following the combined efforts of the teams involved, COPI can now be ported in a permissionless manner across BNB Chain, Ethereum, and Cardano.

ChainPort recently finished full & audited Cardano Community support, allowing users to port tokens to and from Cardano’s blockchain securely. By integrating Cardano, ChainPort is the first custodial cross-chain bridge with a strong emphasis on security, speed, and user experience to support the blockchain.

Seeing the different exploits that have affected different blockchain bridges, a high-security custodial bridge is an ideal solution for transferring tokens securely.

Cornucopias is the first significant blockchain project to lead the way and port tokens to Cardano using ChainPort. As Cardano is a popular blockchain with a thriving community, many other crypto projects are likely to follow.

“We chose Cardano as our foundational blockchain for more reasons than we can list here, but security and scalability are paramount.  Similarly, we’ve selected ChainPort as our bridge of choice due to ChainPort’s emphasis on security. At Cornucopias, our players and token holders come first, so choosing the most secure option came naturally." said Josh Jones, Cornucopias' Co-CEO.

“We’re very proud to assist Cornucopias in expanding to another popular blockchain. The collaboration between ChainPort and Cornucopias has been strong since day one.,”  remarked Erez Ben-Kiki, ChainPort’s founder and CEO.

Cardano is currently the 8th most popular cryptocurrency by market capitalization and has a very active community. Cornucopias has become an active part of Cardano’s gaming ecosystem which counts roughly 30 games and is growing fast.

Cardano holders can play-and-earn, build-and-earn, and learn-and-earn in the Cornucopias metaverse. Players can purchase land, develop properties and earn NFT-based assets in a fun, secure,  and exciting game.

ChainPort views the successful porting of COPI to and from Cardano as a significant milestone in a cross-chain bridge. By doing so, ChainPort is vastly increasing its interoperability as a bridge to non-EVM chains. The ChainPort team is proud of this accomplishment and plans to expand interoperability further while emphasizing security.

Cornucopias’ “The Island” is a massive Play-and-Earn, Build-and-Earn, and Learn-and-Earn blockchain-based game in which players can be rewarded with and/or own land, properties, and other NFT-based assets with real-world value, all by playing games in a fun and safe metaverse.

“The Island” combines gaming with real-world commerce and gives opportunities for traditional and e-commerce companies to sell and promote their real-world brands, goods, and services to a hard-to-reach audience they have potentially never had access to before.

“The Island” is built on the Unreal 5 games engine, which is compatible with the PC, mobile phone, gaming consoles, and smart TVs, and will be powered, governed, and forever evolving thanks to a growing number of communities including blockchain, Unreal Game Developers, 3D artists and modelers, and general game enthusiasts.