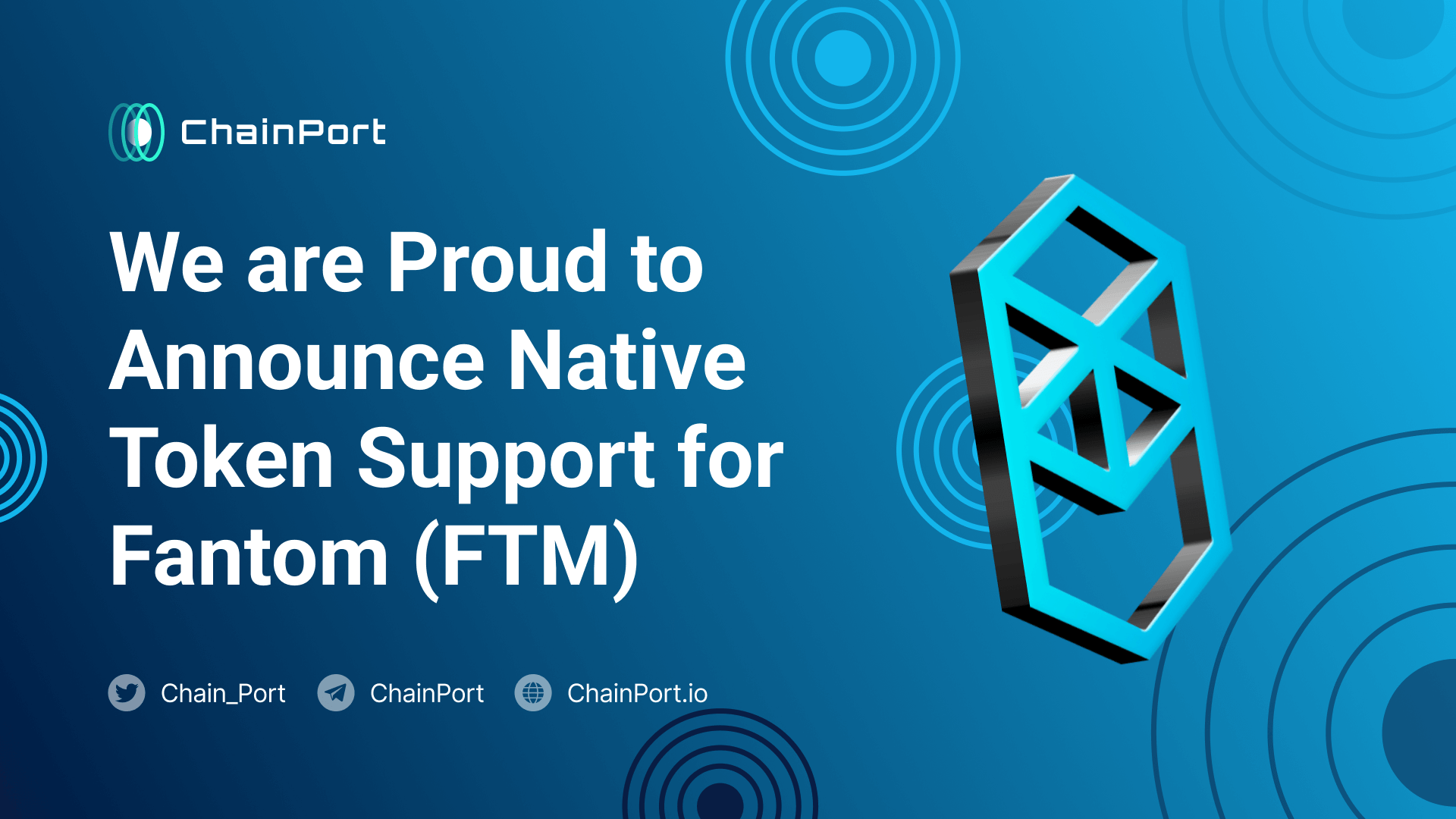 While Fantom has long been available as a target chain along with six other leading blockchains, now native tokens are supported. Tokens initially launched on Fantom’s ecosystem can now be easily ported cross chain using ChainPort. Native token support has been achieved via hard work and collaboration between Fantom and ChainPort’s teams.

According to FTMscan, there are over 1,000,000 transactions on FTM’s blockchain per day. In addition, over 3 million unique FTM addresses and over 200 projects are built on FTM.

Fantom is a highly scalable EVM-compatible proof-of-stake blockchain with many Dapps and tokens developed on its chain. There are also a few influential DEXs created on Fantom, including 1inch and Curve.

Porting tokens cross chain can help projects originally developed on Fantom reach a larger audience. Cross chain deployment can assist these projects, or tokens get listed on a more significant number of DEXs. Multiple listings could assist their trading volume, exposure, and adoption.

Fantom (FTM) is a highly secure and scalable proof-of-stake blockchain ecosystem. Fantom is EVM compatible with many different projects developed on its blockchain. Other key features of Fantom are its speed and low fees. Transactions are finalized in seconds and cost just a fraction of a cent. Since the launch of Fantom’s mainnet in 2019, it quickly grew in popularity. Currently, it is within the top 100 cryptocurrencies by market cap.

ChainPort is a permissionless bridge already porting more than 191 tokens between blockchains, with additional projects joining daily. Porting is done in just minutes through a friendly and simple UI without the need for any technical integration. Since its launch in 2021, Chainport has managed 40,000 ports and $610,000,000 in volume. Learn more by visiting ChainPort.io or reading our documentation.
‍