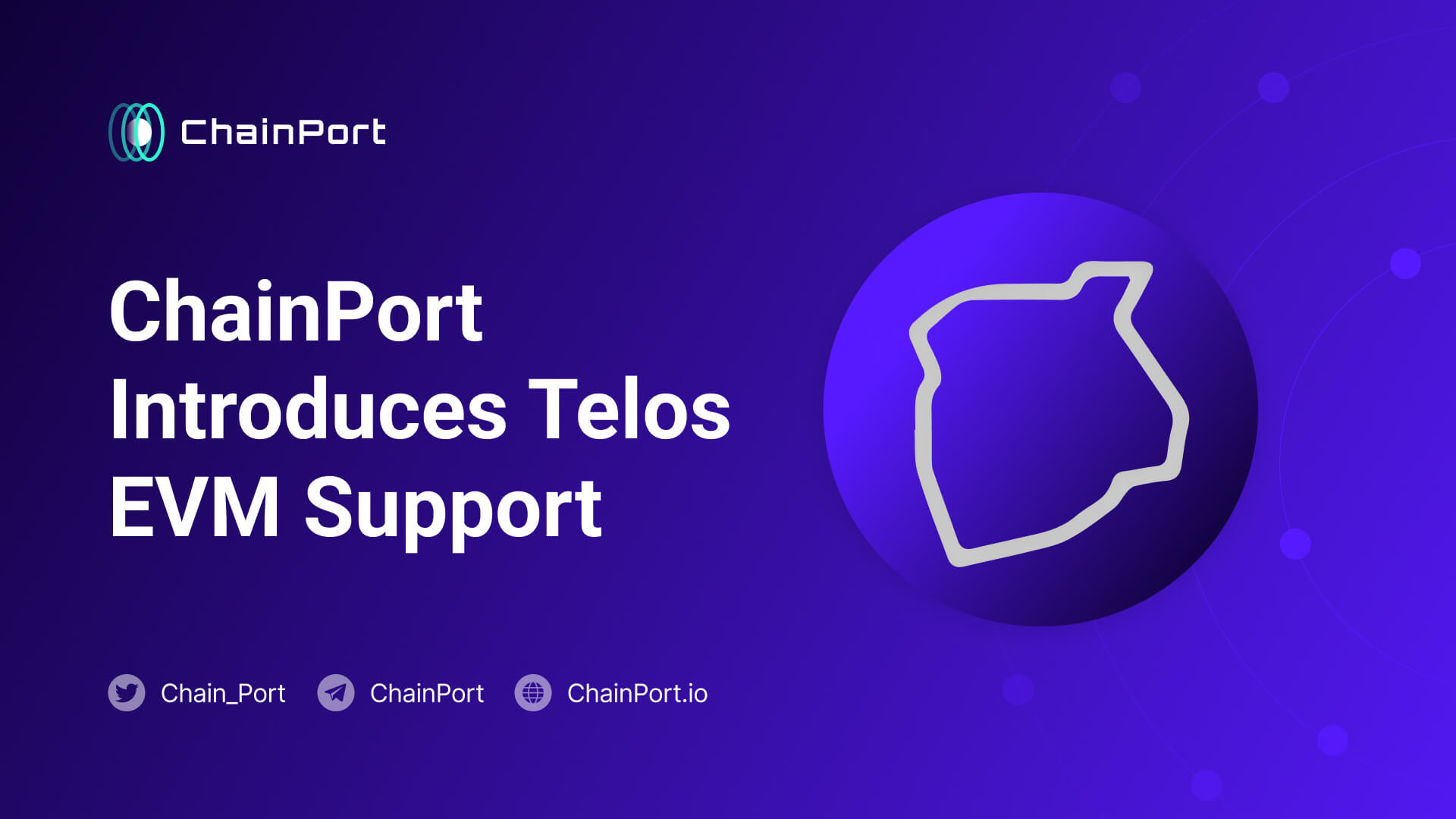 We are pleased to announce that ChainPort's bridge capabilities are being expanded once again. ChainPort is introducing Telos support on the bridge as a porting direction. ChainPort now moves closer to its goal of securely unifying all blockchains by adding Telos as a supported blockchain.

The ChainPort team has been working hard to add support for additional EVM and non-EVM chains, including Telos. ChainPort will announce support for more chains in the near future.

Telos is an EVM compatible 3.0 smart chain with remarkable speed and very low fees. In addition to supporting 10,000 transactions per second, the network offers near-zero transaction costs. The Telos network achieves these impressive results by using a DPoS or delegated proof-of-stake consensus model. Other popular DPoS blockchains include Tron and EOS.

Users can now port tokens from the various blockchain ecosystems ChainPort supports to Telos securely and easily. Users simply need to connect their wallets to the ChainPort app, select Telos as the destination chain, and select the source/native chain.

While Telos was released in 2018, it recently launched EVM support, wildly growing its ecosystem. Today Telos has one of the fastest-growing communities in the Web3 industry.