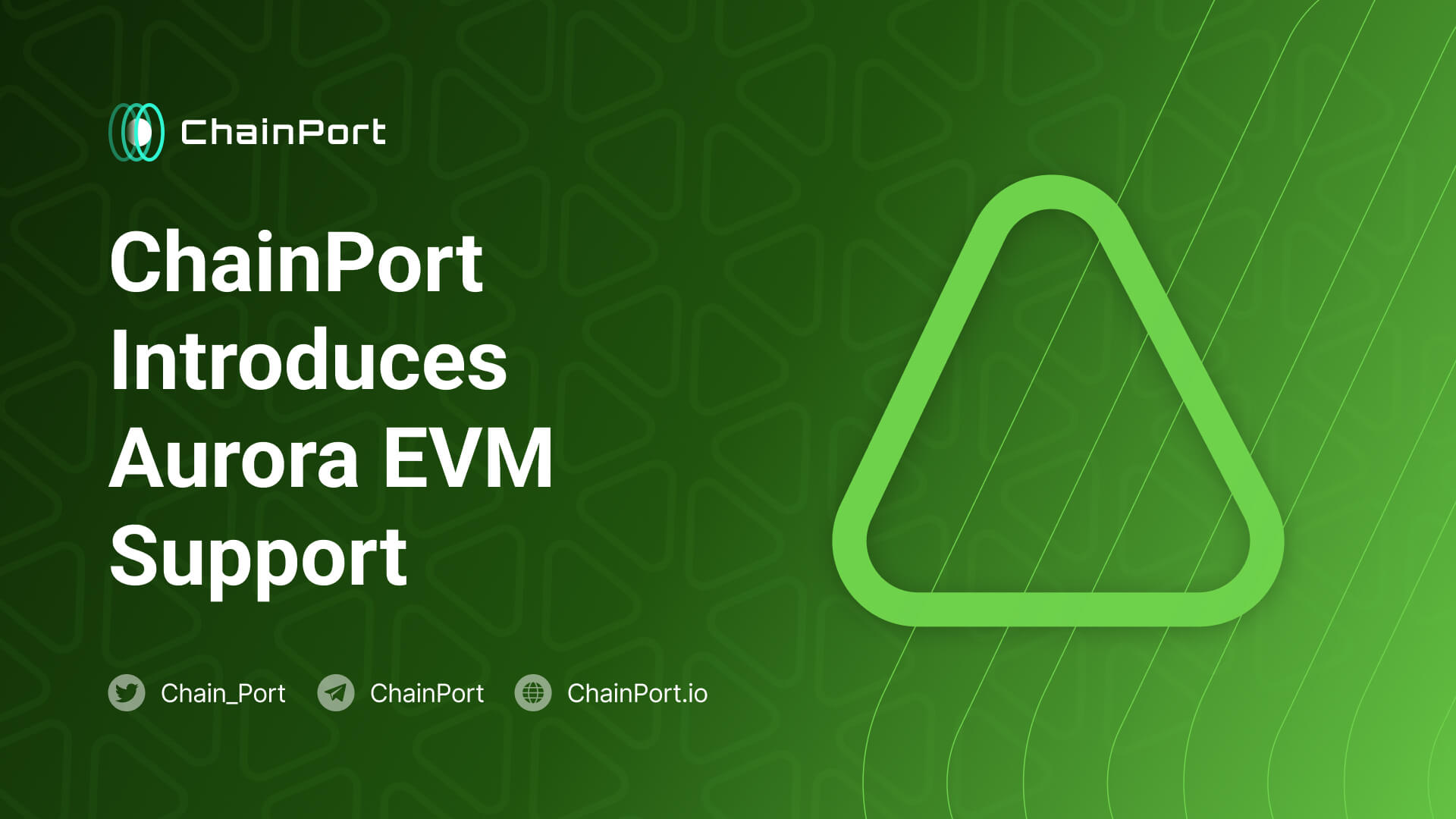 ChainPort is glad to announce that it is expanding and increasing the number of blockchains it supports. Adding additional blockchain support moves ChainPort closer to its goal of offering full interoperability while placing security first. Today the ChainPort team is happy to introduce Aurora EVM support.

The ChainPort team and Aurora have collaborated and worked hard to reach this milestone. Both teams are very pleased with the results and the possibilities it opens up for both ChainPort and Aurora.

Aurora EVM support means that tokens on blockchains supported by ChainPort can securely be ported to Aurora’s chain. All that is required is to connect one of the supported wallet types to ChainPort, fill in the required settings and choose Aurora as a target chain.

Aurora is an Ethereum Virtual Machine on the NEAR protocol blockchain. It is primarily known for its low fees and scalability. Bridging tokens to Aurora can be especially useful for projects looking to reduce transaction fees.

Aurora is an EVM built on the NEAR Protocol, delivering a turn-key solution for developers to operate their apps on an Ethereum-compatible, high-throughput, scalable and future-safe platform, with low transaction costs for their users.

ChainPort is a permissionless bridge porting more than 140 tokens between blockchains, with additional projects joining daily. Porting is done in just minutes through a friendly and straightforward UI without the need for any technical integration.