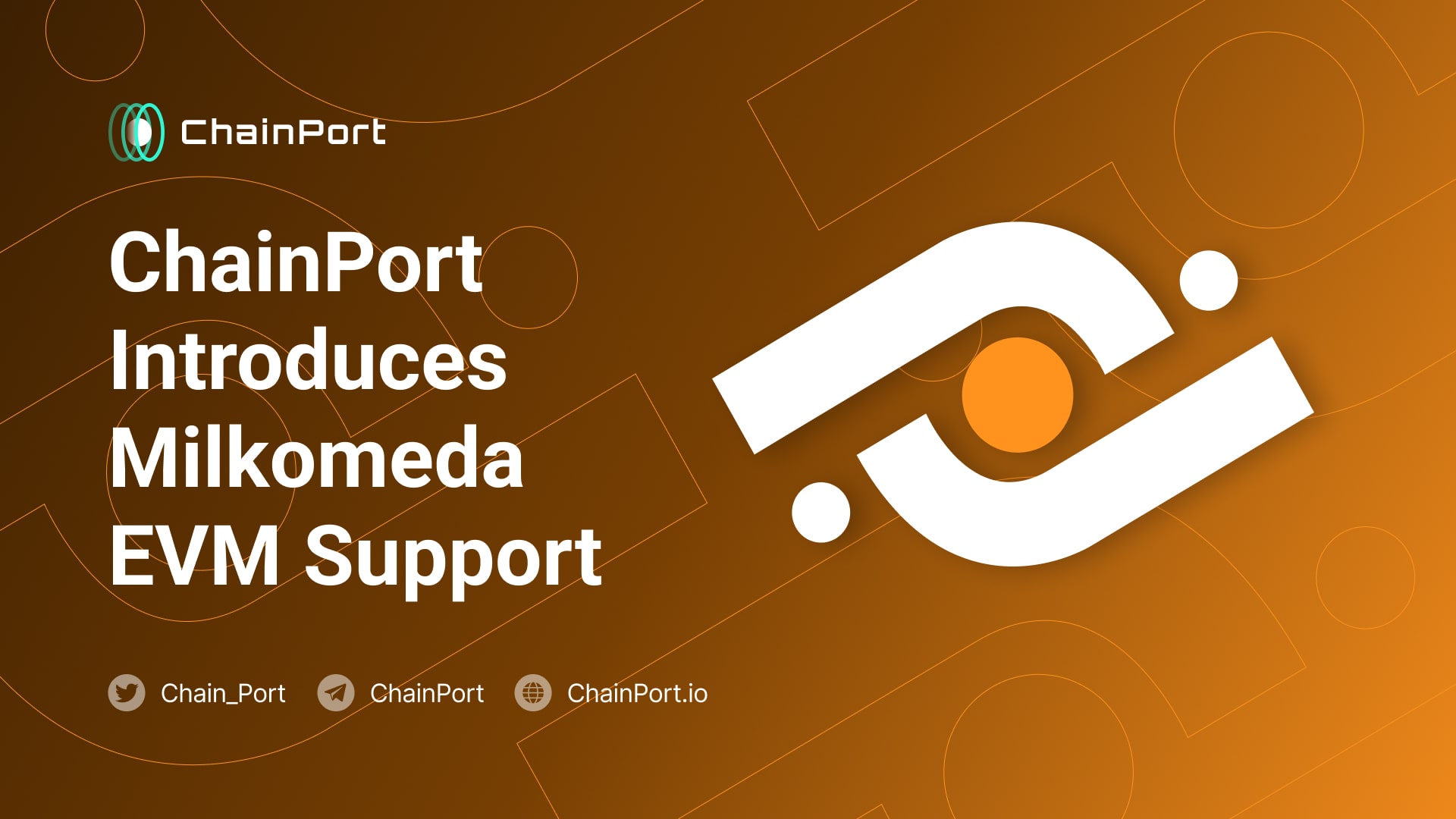 The ChainPort team is excited to announce that the capabilities of ChainPort are expanding! ChainPort has integrated support for Milkomeda C1 as a porting destination on the bridge. Adding Milkomeda C1 as a chain brings ChainPort closer to its goal of seamlessly uniting the whole blockchain ecosystem.

Adding support for Milkomeda C1 is one of the most significant updates the ChainPort team has completed since the launch of Cardano support.

Milkomeda is a layer 2 (L2) blockchain interoperability solution that brings alternative virtual machines to existing blockchains. Virtual machines open up these chains to developers writing in other smart contracting languages. Milkomeda C1 brings EVM compatibility and Solidity, the world’s most popular smart contracting language, to Cardano through a sidechain. This simultaneously increases the developer uptake of Cardano and brings more DApps to the active Cardano community and its thriving ecosystem.

Milkomeda C1, on Cardano, was the first of such solutions from Milkomeda. The team has also released an EVM-based rollup for Algorand called Milkomeda A1. Solutions for other top blockchains are planned for the near future.

Initially released in 2021, Milkomeda has been growing rapidly since its launch. Currently, there are over 30 different DApps in the Milkomeda ecosystem.

Following the successful integration of Milkomeda with ChainPort, users can now securely port tokens from supported blockchains to Milkomeda C1. Simply connect your wallet to ChainPort, select Milkomeda as the destination chain, and choose your source chain.

Adding Milkomeda support means the number of chains supported by ChainPort reaches 14. ChainPort supports all leading EVM chains as well as Ethereum and non-EVM chains such as Cardano.