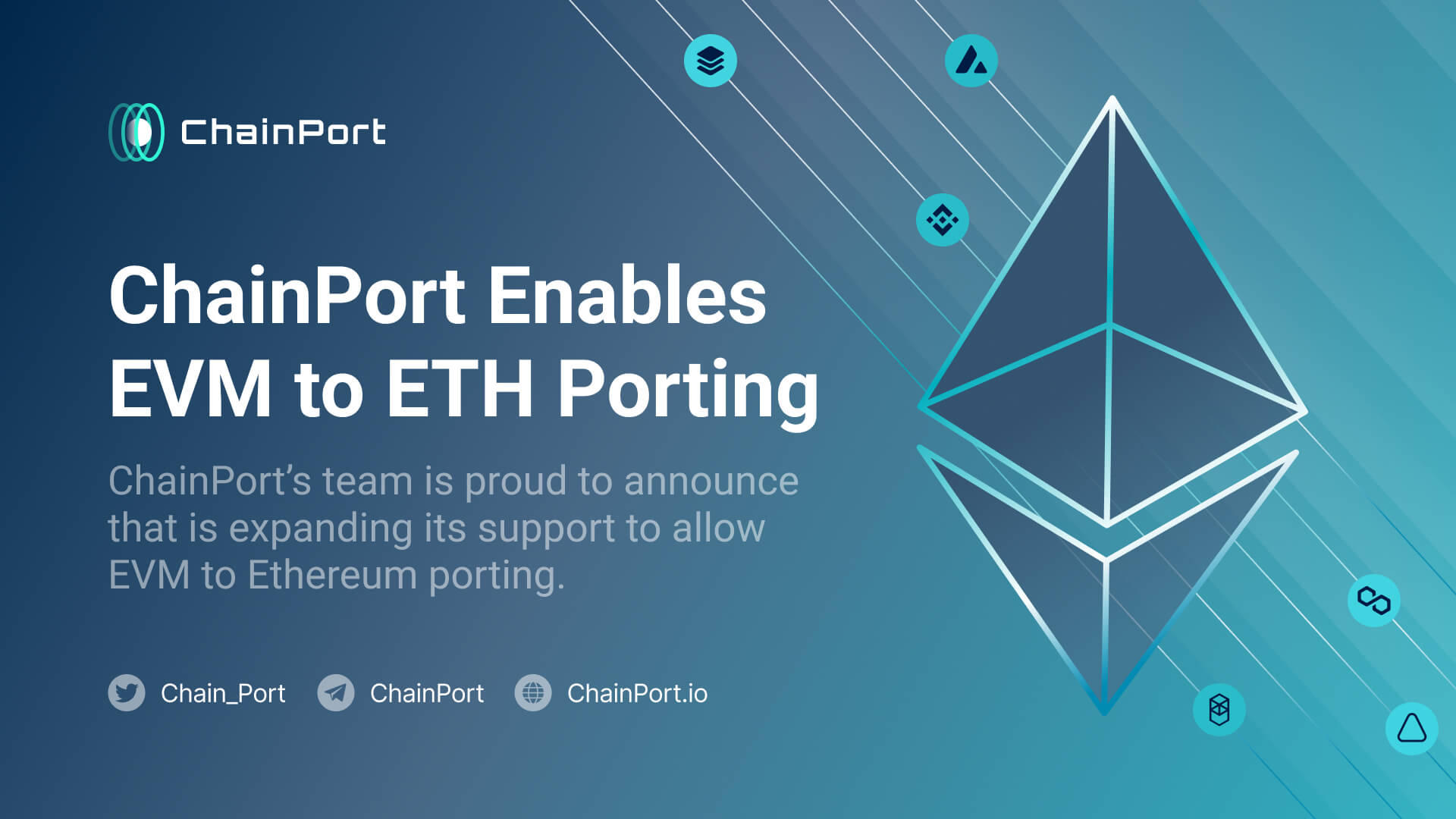 ChainPort’s team is proud to announce that is expanding its support to allow EVM to Ethereum porting. By enabling EVM to Ethereum support, ChainPort is vastly increasing its interoperability while adhering to the strictest security features in the crypto industry.

Tokens native to the EVM chains above can now be ported easily to Ethereum’s ecosystem. ChainPort will add support for additional EVM and non-EVM chains in the future.

Ethereum is the second most popular cryptocurrency, with a market cap of $146 billion. Recently Ethereum managed to transition from a proof-of-work consensus mechanism to proof-of-stake. The transition was dubbed “the merge,” and now the network consumes much less electricity and rewards stakers for validating transactions.

Bridging tokens to Ethereum can be especially useful for Web3 projects looking to increase their exposure and trading volume.

Due to the network’s popularity, gas fees on Ethereum tend to be higher than on other blockchains. As such, fees for porting to Ethereum will cost ~$6, which is payable in a token’s original network coin (e.g., BNB, MATIC.) This fee covers the minting and receive Tx on Ethereum’s chain and keeps the porting operation short and simple, with only one signature. Porting fees to Ethereum depends on the Ethereum network’s gas fees and may change.

By developing this porting direction, ChainPort will see more porting activity and a higher TVL. Most importantly, by establishing EVM to Ethereum support, the dream of uniting blockchains with an ultra-secure bridge becomes a reality.