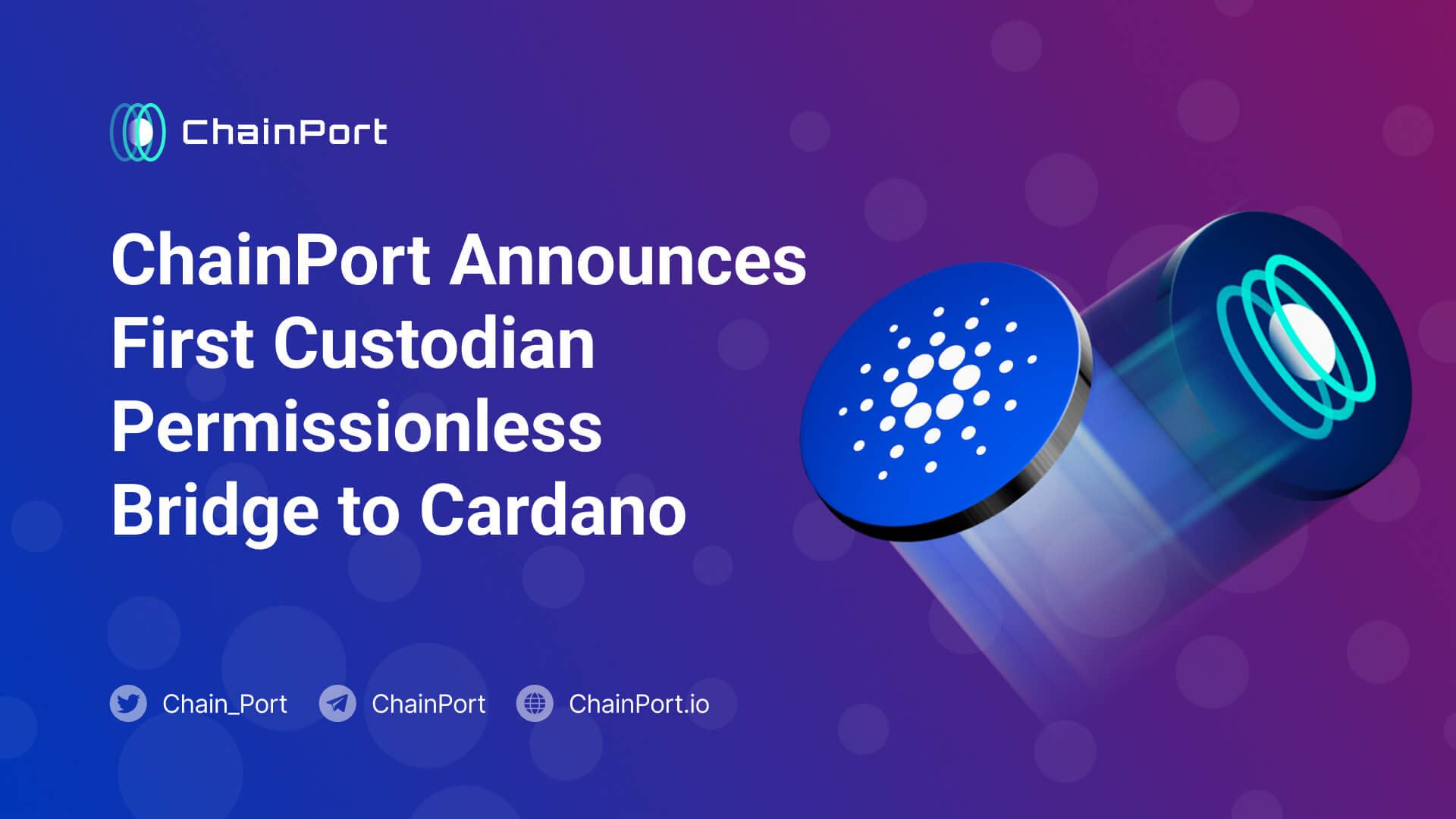 Cardano is the first non-EVM chain ChainPort has supported

‍
31 October, 2022: ChainPort, a next-gen hard-security custodian blockchain bridge that lets users hop across chains at a click, has announced that support for industry-leading green blockchain platform Cardano is now live on the platform. Users can now port tokens from various blockchains supported on ChainPort to Cardano. Recently in September ChainPort raised $14 million from over 50 VCs via a combination of public and private rounds of fundraising.

ChainPort is the first permissionless bridge to support Cardano. Expanding support to Cardano is essential for the ChainPort team as it creates opportunities for those wanting to join its community. It is the first non-EVM chain supported on ChainPort’s bridge.

Cardano was chosen due to its popularity and its successful implementation of the proof-of-stake consensus mechanism, a type of consensus mechanism used to validate cryptocurrency transactions which uses significantly less energy than the proof-of-work mechanism employed by first generation blockchains like Bitcoin. Input Output, the research and development company behind the Cardano blockchain, was the first to pioneer proof-of-stake, which many major projects, including Ethereum, are now switching to. Cardano is currently the eighth most popular cryptocurrency by market cap, with over 1,000 active crypto projects.

Following the launch, projects built on other chains can now port their tokens to Cardano (Polygon, BNB, Fantom, Moonriver, and Avalanche).

“Expanding support to Cardano is an enormous accomplishment for the entire team at ChainPort. As one of the world’s most popular cryptocurrencies by market cap, Cardano was an obvious choice for this project. We’re excited to see what the future holds for this groundbreaking support structure. We are excited to give our users this opportunity to port tokens from various blockchains,” said Erez Ben Kiki, CEO at ChainPort.

Romain Pellerin, CTO at IO Global, said: “We firmly believe that in order for the blockchain industry to become global and mainstream, we need to find ways for blockchain networks to interoperate seamlessly. Solutions like ChainPort’s bridge will be an essential part of achieving this crucial and necessary interoperability.”

Cardano is a third-generation blockchain, following Bitcoin and Ethereum that originally launched in 2017. It is the only peer-reviewed blockchain platform in the space and was founded by Ethereum co-creator Charles Hoskinson. It is the most popular proof-of-stake (PoS) blockchain in the space currently. Cardano hosts hundreds of Dapps or Decentralized applications. Cardano’s blockchain is governed by its coin ADA which both secures the blockchain and can be used for transactions.

ChainPort is a next-gen cross chain bridge that provides custodian-level security with full interoperability. ChainPort introduces an unprecedented level of security architecture, porting tokens safely across blockchains with just a click. Security is always paramount for ChainPort, and 95% of the funds are stored in cold storage wallets provided by leading industry security experts: FireBlocks MPC and Gnosis-safe multi-sig.

ChainPort is a permissionless bridge already porting more than 140 tokens between blockchains, with additional projects joining daily. Porting is done in just minutes through a friendly and straightforward UI without the need for any technical integration.

Learn more by visiting ChainPort.io or reading our documentation.