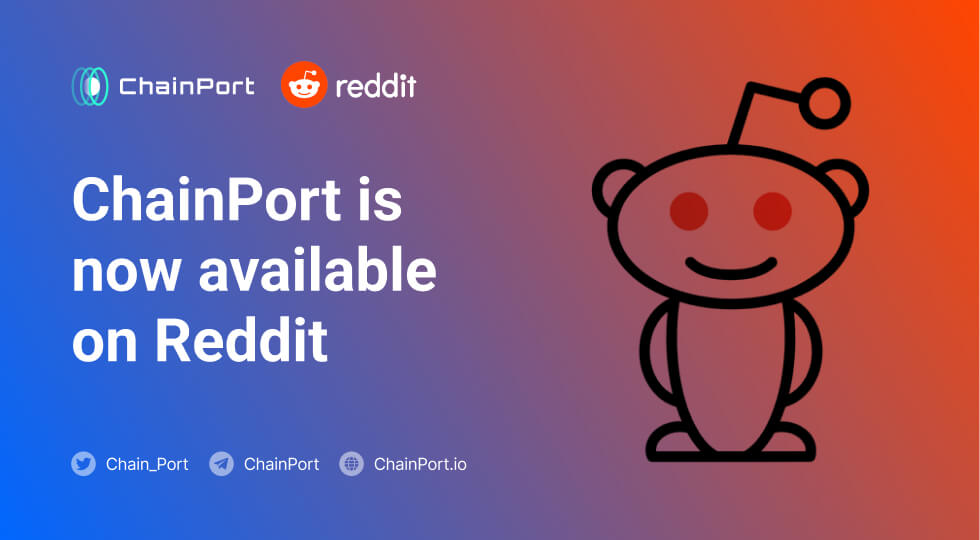 We are excited to reveal yet another official channel of communication, an official subreddit!

Reddit is a network of different communities based on interest. Each community is a forum of sorts, with each thread getting rated (upvoted or downvoted) by readers. Anyone with an account can contribute their thoughts on a subreddit, as long as they aren’t violating rules.

Due to its popularity, the ChainPort team selected Reddit as an additional official communication channel. Many blockchain projects utilize Reddit, which is very popular for cryptocurrency and blockchain discussion. As a leading cross chain bridge, it was a matter of time until ChainPort launched an official subreddit.

The ChainPort team looks forward to posting updates, answering questions, and engaging with our community on Reddit. This subreddit will now be part of the several official channels that ChainPort utilizes.

Other official channels used by ChainPort include our internal blog, newsletter, Medium page, Telegram community, and Twitter page. The ChainPort team will share updates and announcements via all channels mentioned. We recommend that ChainPort and PORTX fans sign up to these channels, so important updates regarding features and the TGE won’t be missed!

We at ChainPort look forward to seeing our community there!

ChainPort is a permissionless bridge already porting more than 140 tokens between blockchains, with additional projects joining daily. Porting is done in just minutes through a friendly and straightforward UI without the need for any technical integration.